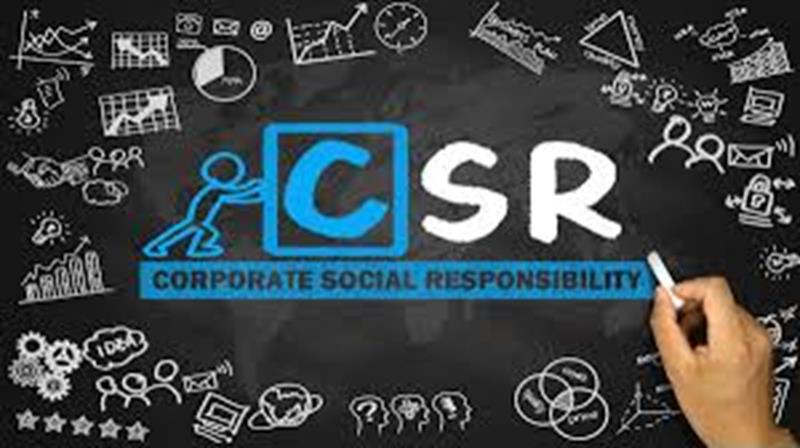 CSR projects might be successful at improving living conditions of local people. However, building and sustaining economic development goes far beyond CSR possibilities and overreliance on CSR may undermine governance institutions.

Corporate Social Responsibility (CSR) refers to voluntary actions undertaken by mining companies to either improve the living conditions of local communities or to reduce the negative effects of mining projects. By definition, voluntary actions are those that go beyond legal obligations, contracts, and license agreements.  Although evolving legal requirements are leading towards increased regulation of CSR worldwide.
CSR programs have sometimes been viewed as part of a company’s public relations strategy. They are now increasingly recognized as a serious effort to deliver sustainable benefits. And  also to improve the well-being of people and communities in which miners operate.

The impacts of large-scale mining companies’ CSR programs is difficult to assess at the global or national level. The benefits from these projects can be of great local significance. For example, in Ghana, community health facilitators who were trained with the support of Gold Fields Ltd. provided health services to 8,276 people from 2006 to 2008, and referred an additional 12,342 people to hospital during the same period. Also in Ghana, 692 hectares of oil palm have been planted with the support of Golden Star Resources, and this has become a major source of income for local people. In Bolivia, rural communities close to Glencore International’s Puquio Norte mine obtained electricity when the company constructed a pipeline with extra capacity. Finally, in Venezuela, a community health centre was run with the support of Placer Dome Inc.

Benefits of CSR can vary significantly from one project to another depending on the design, local suitability, and community support. CSR projects are most likely to be successful when the specific needs and comparative advantages of local communities have been considered in their design. Project success is also location specific; a project that is successful in one community can be a failure in another because of different needs and community characteristics. For example, a palm oil project is more likely to be successful when local farmers already grow palms and there is a local market for palm oil, a mine-work training program is more likely to enjoy long-term success when a series of mines is being developed; and an infrastructure project (such as pipelines for electricity, or roads, schools, and health centres) can be the most important contribution of CSR programs in remote areas.
Successful projects may also result from a series of failures in a process of trial and error. For these reasons, successful projects are usually designed in participation with beneficiaries. They  then feel connected to these projects and believe that the projects address their most important needs.

Even where CSR is successful it can have shortcomings that limit the success and sustainability of local development. The selection and inclusion of stakeholders in project planning and engagement can be a challenge in developing nations where marginalization, local power differences, and language or cultural barriers exist. Other potential challenges include the potential for CSR projects to be seen as patronizing towards local communities or undermining local governance and decision-making.
CSR programs relating to sustainable mining can also be hard to implement.
Even well designed projects may not be successful. For example, challenges with the Gold Fields oil palm project included project staff turnover, loss of participant interest, limited capacity within the group, and an ongoing dependency on the mining company rather than community ownership. In addition, a recent study conducted in Ghana found that “a number of the projects undertaken by the mining companies as part of CSR were either not functioning or inadequate given the population of the community”.

Concerns also exist about the long-term viability of CSR projects. According to Harvard Academics Michael Porter and Mark Kramer, CSR projects usually respond to public relations, media, and philanthropic concerns that are disconnected from the companies’ strategies and this makes the projects unable to produce a meaningful social impact or to strengthen the firms’ long-term competitiveness. For this reason, the World Bank recommends that mining companies undertaking CSR projects consider them as part of a regional or local development plan that addresses economic, social, and environmental issues not only during the mine operation but also after its closure. The World Bank also advises that such a development plan be available as early as possible.
There are questions as to the appropriateness of mining firms engaging in CSR. According to Milton Friedman (1962), the social responsibility of companies should be to increase profits and therefore CSR is misguided. However, there are also many business reasons that explain why mining firms may engage in CSR. Milton Friedman also explained that it can be in the long-run best interest for companies to provide amenities or improve governments, as it may be easier to attract workers, decrease wage bills, or lessen losses from sabotage and pilfering. From the business perspective, “any investment in social demands that would produce an increase of the shareholder value should be made”. Moreover, if the costs of CSR projects are lower than the costs of dealing with social instability, then CSR projects should be implemented.

As Humphreys puts it, “[CSR] success, in this context, is measured in terms of what doesn’t happen rather than what does; the absence of local tensions, of time spent in dispute or litigation, and of not having to absorb the costs of regulatory impositions which were unplanned and unbudgeted.”
From a business perspective, CSR projects are justified by the increased risks of disputes with local communities.  As well as the costs associated with social conflicts if such projects are not implemented. However, mine shareholders may question why a CSR program is investing in improving a community’s access to social services. Services such as education and health–areas that are traditionally regarded as the responsibility of the state. Nonetheless, more research is needed before a more informed conclusion can be drawn. Whether a CSR program is having a positive or negative effect on a project’s financial performance.

The quality of government and institutions can also limit the ability of CSR to sustain development. Paradoxically, CSR has the potential to undermine the role of governments. In developing countries, governments often find it difficult to provide basic social services. Such as health care, education, the construction of roads, and the supply of energy. Poor service provision can lead local communities to demand that mining companies provide needed services.  And  this in effect become a substitute for government. This reliance on CSR may undermine and distort the capacity of governments to provide social services. Since citizens may stop demanding service provision and accountability from their governments. Decreasing the incentives for improved government efficiency and service provision.  The mining industry must therefore balance the risks of becoming too involved and taking the place of government. .
Finally, economic research highlights the important role of sound government and good institutions in driving economic growth. In particular, higher levels of economic freedom are necessary for countries to benefit from natural resources.  And to avoid a potential resource curse. Economic growth and sustainable development is only possible in environments that encourage free markets. Also voluntary transactions, risk taking, and engaging in productive activities.
These are the foundations of development that CSR projects cannot replace.
www.miningfacts.org/Communities/Can-Corporate-Social-Responsibility-Sustain-Dev…