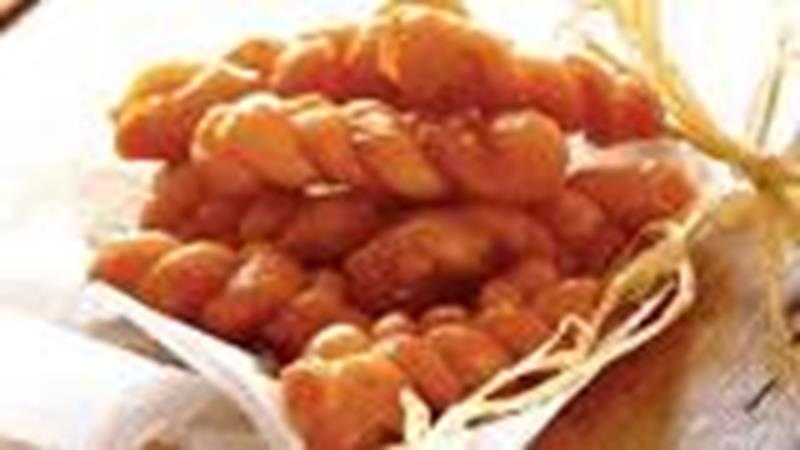 Sweet, syrupy, indulgent and truly and proudly South African, these little calorie masters you simply can not resist……..

In South Africa, there are donuts which are entrenched in the culture of the country. They are called koeksisters!

South African cuisine is the result of a fusion of cultures that has given rise to a very wide variety of recipes and flavors. The Dutch, the Portuguese, the Italians and the French all have ruled the country and the Boers (inhabitants), and they have imagined an international ethnic cuisine rich in spices and flavors.

So, on this land where people of different origins have lived together for centuries and where the cuisine is very much diverse, there are three main culinary influences. The indigenous populations (Bantus, Xhosa, Zulu), Europe (especially, Dutch cuisine brought by the Boers) and finally the typical cuisine of the slaves from Indonesia and India. These are called Cape Malay cuisine.

This melting pot has led to the evolution of Dutch and Indian dishes into something totally new and unique.  Compared to the ingredients that the original populations already used. There is a reason why the cuisine and culture of the country are officially called “rainbow”!

Anyone who has lived, currently lives or has stopped by South Africa at least once obviously knows what a koeksister is.

A koeksister, koeksuster or koesister is a South African pastry based on donut dough, braided and generously coated with syrup. This delicacy has a firm texture.

There are two kinds of koeksisters: the Afrikaner version and the Cape Malay version.

An Afrikaner is a white South African of Dutch, French, German or Scandinavian origin. Afrikaners speak in a language derived from Dutch from the seventeenth century called Afrikaans.

Cape Malay is a South African ethnic group descendant of slaves, mainly from Indonesia but also from India, and Malaysia.

The word koeksister comes from the Dutch word koek, which means cake but also from the Belgian word couque which defines several kinds of cookies and viennoiseries.

The term sister or suster is interpreted differently by various etymologists. For many etymologists, sister would be a deformation of sisser and would mean something that “fries” or “sizzles”, but according to the Boshoff (South African etymological dictionary), this part of the word should be interpreted as suster (sister) because this donut is braided in the manner of a doll. Koeksisters are close to Dutch pastries called koekbroers and koekzusters (respectively “brother cakes” and “sister cakes”), which also look like dolls.

The Afrikaner version, which I chose to prepare today, is much sweeter and crisp than the Cape Malay version.  Which has a texture that is closer to a soft cake, and which is spicier and covered with coconut.

Every year, in Orania, a small town in Northern Cape, takes place the “koeksisters festival”. A statue has even been erected in honor of this South African pastry. But South Africans do not wait for the festival to enjoy koeksisters. There is no South African home where a Sunday doesn’t end without a cup of coffee and a plate of very syrupy koeksisters.

A very important technical recommendation for this recipe. It is imperative that the hot donut is immediately soaked in the cooled syrup (that may even be iced). Moreover, koeksister is a pastry that is enjoyed cold and crisp.  Unlike the majority of donuts such as churros from Spain, sfenjs from Morocco , or mandazi from Tanzania.

There is only one difference between a long life and a good dinner: that, in the dinner, the sweets come last. –  Robert Louis Stevenson