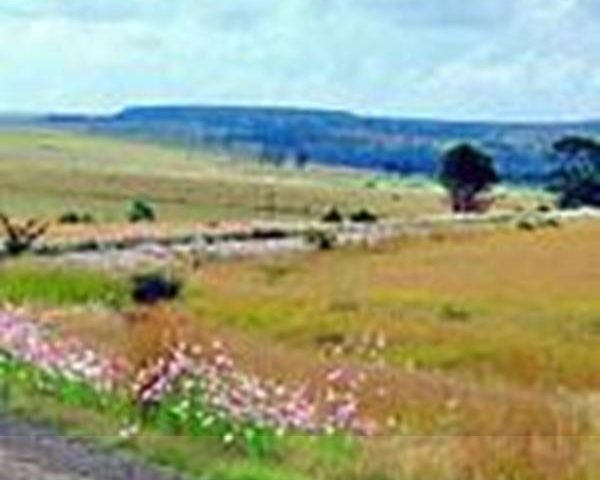 The Riemland Route, North Eastern Free State – South Africa – The Free State Province of South Africa has a rich history and heritage ranging from the habitation of San Bushmen, Lhegoya, Griekwa, Basotho and other tribes to the settlement of 1820 Settlers (Voortrekkers), their wars with local tribes for land and resources, the Anglo Boer War and finally the development of the Free State into South Africa’s ‘Breadbasket’.
The Free State is rich in all this history. Most towns have Boer War memorials and small museums, and many farms and hiking trails have San Rock Art, but most pervasive is the Afrikaans culture and the tiny agricultural hamlets with their iconic Victorian buildings, beautiful churches, traditional values and slow pace of life that have together turned many areas of the Free State into a living museum to days gone by.

The self-drive Riemland Route is one way to take in some of this heritage.

The Riemland Route is a 200km route along the R57 from the north across the north eastern section of the Free State. The Route starts in Sasolburg in the Vaal Triangle and passes from there through the farming towns of Heilbron, Petrus Steyn, Lindley and Arlington, then on to Senekal and finally Rosendal, where you can go on to via Winburg to Bloemfontein or to Ficksburg to drive the Maloti Route, or alternatively head straight on into the mountain kingdom of Lesotho via either Ficksburg or Fouriesburg.

Your first stop after Sasolburg is Heilbron, where you can see visit the Africa Ghoya Conservancy and the Lhegoya Ruins and the Vegkop Battlefield which is the site the famous 1836 battle between the Voortrekkers and the chief Mzilikazi and the Ndebele / Matabele tribe, then on to the hamlet of Petrus Steyn. Take a horse cart ride and buys some local cheese as the Riemland O’Kasi Cheese Shop.

The pretty countryside around Lindley in the Eastern Free State, South AfricaNext on the route is Lindley. Stop here for coffee and confectionaries or simply rest a while. Then soak in the local hospitality and the ever increasingly rare simplicity of life or stay go for quad bike safari at the Groot Kranz Game Farm.

Next up is Arlington – a tiny farming town with quaint buildings, huge grain silos and surrounded mostly by farmlands. The landscape begins to change as you head up through maize, wheat and sunflower fields toward Senekal.  Sandstone formations beginning to dot the horizons, and becoming more and hillier into Rosendal. This is one of the most charming hamlets in the Free State.
The Riemland Route Farmlands and Game Farms, Free State, South Africa
The name Riemland comes from the Afrikaans word Riem, which means Leather Thong.

This name comes from a rather sad aspect of the Free State’s history.  The outright decimation of massive herds of plains game and large predators that once roamed what is now farmland by Colonial Trophy hunters. Heads and Horns were mounted, and skins exported en-mass to make leather products – among them thongs.

In just a few decades the Free State, and South Africa, was changed forever. Today, you will see fields of maize and sunflowers, cattle, sheep and horses. Although you can still see free roaming antelope in conservancies and on game farms.