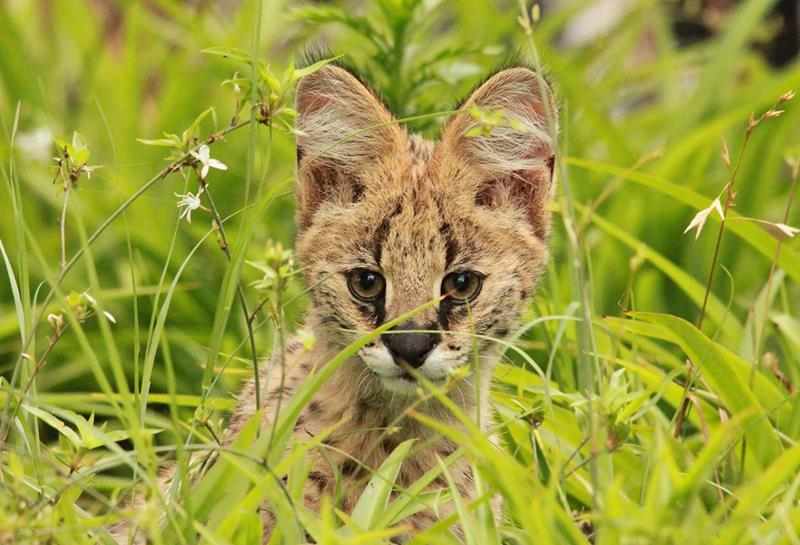 A wildlife reserve conserving African wild cats and predators in their natural habitat.

This has to be one of the favourite places to visit and a chance to see that we as humans do care about our wildlife and that we can make a difference.

Felidae Centre is located in the well-known Free State province, which borders on the Northern Cape. The predator reserve is situated only 30 km from the historical town of Kimberley, on the National Road, the N8 (head towards Petrusburg).

The Felidae Centre started in September 2010 when the Burger family brought in their first two animals, a cheetah and a caracal. The two animals, Thato and Lilo, came from a project where Chriszanne and Nicol had previously worked. Since that time the family has received and raised animals that were abandoned both in nature and by people.

In 2010 we first learned about canned hunting (the hunting of hand raised predator animals) and we had the opportunity to immediately save FIVE lions from the hunting business. Since that time we have had several other opportunities to save lions. These big cats are now able to call Felidae Centre home, living in a natural habitat spanning several hectares.

We want to educate the public on the real and obtainable conservation of African wildlife. These efforts help to ensure these species survival in the future. Furthermore, by doing tours and school outings, we want to change people’s mindsets about our big cats.

This will help secure both the protection and survival of the various species on our farm.

WHY SHOULD YOU VISIT US

How are we different to other PREDATOR parks?

We put the needs of our animals first and ensure that they have as little stress as possible.

Felidae endeavour to promote the welfare and survival of these animals while encouraging the education of the public.

We want visitors to experience the feeling of the awesomeness of these animals, but we also want to make sure that they learn something along the way.

We have a relationship with each of our animals and we try to keep them in the most natural environment possible.

As a visitor, you will have the opportunity to meet some of our ‘ambassador’ cats and see, feel and hear them up close. You will also be able to view the lions feeding and tour the enclosures. Make sure you don’t miss out on the chance to feed the bat-eared foxes!!