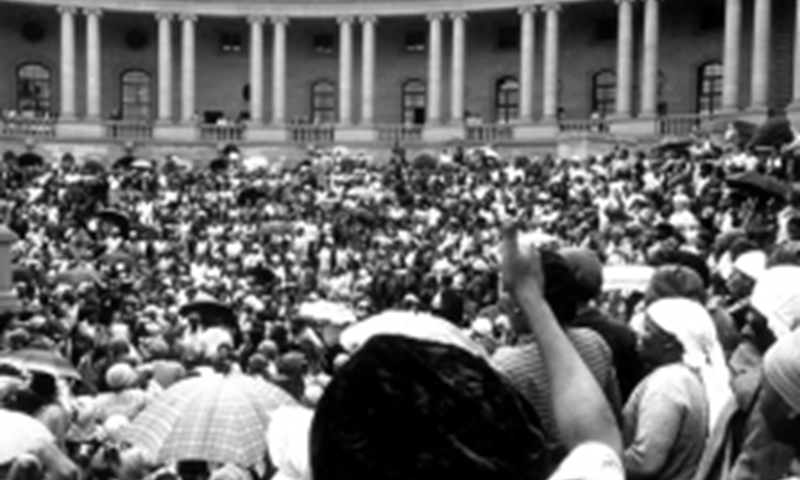 9 August marks an important milestone in the history of our country.  It shows that woman are powerful in their own right when believing in themselves and others

In one of the largest demonstrations staged in this country’s history, 20 000 women of all races marched to Pretoria’s Union Buildings on 9 August 1956, to present a petition against the carrying of passes by women to the prime minister, JG Strijdom.

The march against the pass laws was organised by the Federation of South African Women (FSAW or FEDSAW). The Federation famously challenged the idea that ‘a woman’s place is in the kitchen’, declaring it instead to be ‘everywhere’. Although Prime Minister J.G. Strijdom was not at the Union Buildings to accept the petition, the women of South Africa sent a public message that they would not be intimidated and silenced by unjust laws.

After the petition was handed over to the secretary of the prime minister, the women sang a freedom song: Wathint` abafazi, Strijdom! Since then, the phrase’wathint’ abafazi, wathint’ imbokodo’ (You Strike a Woman, You Strike a Rock) has come to represent the courage and strength of South African women.

The first National Women’s Day was celebrated in 1995. South Africa had just become a democratic country at the time, and the day was declared a national holiday. Since then annual celebrations take place throughout the country.

It has become one of the national holidays where activities are organised with women in prominent positions making appearances and giving speeches at different venues across the country. August has since been declared National Women’s Month

“Life is not measured by the number of breaths we take, but by the moments that take our breath away.”– Maya Angelou