Tourism and the economy 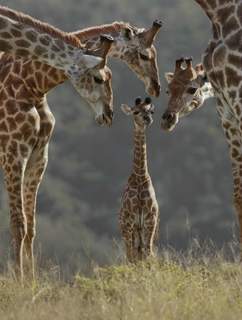 Tourism and the economy

Tourism is regarded as a modern-day engine of growth and is one of the largest industries globally.

South Africa has earmarked tourism as a key sector with excellent potential for growth. The government aims to increase tourism’s contribution, both direct and indirectly. Tourism supports one in every 12 jobs in South Africa.

South Africa’s spectacular scenery, friendly people, world-class infrastructure make it one of the most desired destinations in the world. The sector was given a massive boost by the successful hosting of the World Cup in 2010, when the country received a record-breaking 8.1-million foreign visitors. Despite tough global economic conditions, tourism grew in 2011, with 8.3-million international tourists.

The regional African tourist market is South Africa’s important tourist markets, contributing more than 73% of total tourist arrivals and more than R50-billion in revenue in 2011.

A labour-intensive sector, with a supply chain that links across sectors, tourism is a priority sector in the government’s planning and policy frameworks – it is one of the six job drivers of the New Growth Path framework.

The National Tourism Sector Strategy, launched in 2011, aims to ensure the sector realises its full potential in terms of job creation, social inclusion, services exports and foreign exchange earnings, fostering a better understanding between peoples and cultures, and green transformation.

Tourism service excellence standards have been devised and implemented by the SA Bureau of Standards and the National Department of Tourism.

South Africa is a popular destination for business travellers, who spend on average three times more than their leisure counterparts while crossing over significantly into leisure travel themselves, through tours before or after their business activities and through return trips in subsequent years.

With its first-world infrastructure, balmy climate and breathtaking scenery – not to mention acres of golf courses – South Africa is an ideal location for international congresses and conventions.

The country has well over 1 000 world-class conference and exhibition venues, ranging from intimate bush hideaways to large-scale, hi-tech convention centres. All of these offer a wealth of leisure activities, side-tours and events: from walking with elephants to first-hand experiences of African culture to luxury shopping and relaxation.

The country has set up the National Conventions Bureau to help it secure more international conferences, an excellent source of foreign tourists and revenue. The conference industry is in 37th place in the International Congress and Convention Association’s top-100 list of leading destinations in the world, released in 2012

South Africa is home to diverse cultures, ranging from the Zulus who resisted European conquest to the nomadic San of the Karoo desert. Each culture has evolved its own distinctive art forms, music and traditional rituals, while the descendants of colonial settlers have evolved variations of their European roots.

South Africa’s history has been one of confrontation, but is now also known as one of reconciliation. World-class sites have been established to commemorate the country’s past and celebrate its new-found unity, while the number and quality of cultural villages, community and township tours has grown dramatically.

Four of South Africa’s eight Unesco World Heritage sites are cultural sites, while one is a mixed cultural/natural site. These are: Robben Island, the Cradle of Humankind, the Mapungubwe Cultural Landscape, the Richtersveld Cultural and Botanical Landscape, and the uKhahlamba Drakensberg Park

South Africa’s diverse climates range from tropical in the south-east to desert in the central region. The scenery runs the gamut from spectacular mountain ranges to vast grass plains, from coastline to meandering rivers to desert dunes. The country’s wildlife is far more varied than just the celebrated “Big Five”, and is supported by an extraordinary biological diversity.

Three of South Africa’s eight Unesco World Heritage sites are natural sites, while one is a mixed cultural/natural site. These are the Cape Floral Region, the iSimangaliso Wetland Park, the Vredefort Dome, and the uKhahlamba Drakensberg Park.

South Africa is leading the way in one of the boldest cross-border initiatives currently unfolding in southern Africa.  The development of transfrontier parks.

There are 19 national parks, including the world-famous 20 000km2 Kruger National Park. The country’s terrestrial protected areas stand at around 6.9%, according to a World Bank report published in 2012. Marine protected areas make up around 11%.

South Africa boasts numerous sites of great archaeological significance. The best known of these are the Sterkfontein, Swartkrans and Kromdraai sites.  That make up the Cradle of Humankind, one of the world’s richest concentrations of hominid fossils.

Others include the uKhahlamba Drakensberg Park, host to the largest and most concentrated series of rock art paintings in Africa. The Mapungubwe Cultural Landscape, site of an ancient and sophisticated African kingdom that long predated European colonisation. These are all Unesco World Heritage sites.

Being at the southern tip of a large continent, South Africa offers 3 000 kilometres of coastline. All along with breathtaking mountains – often side by side. The country’s diverse terrain, together with a climate suited to outdoor activities, make it an ideal hunting ground for adrenaline seekers.

More than 10% of foreign tourists come to South Africa to watch or participate in sport events.  With spectators accounting for 60% to 80% of these arrivals.

Wine tourism is one of the fastest-growing and most lucrative sectors of the global tourism market. In 2009, wine tourism contributed an estimated R4,3 billion to South Africa’s tourism revenue.

Wine and gourmet tourism could help the wine industry offset the international volatility it experiences. As well as play a role in terms of South Africa’s goal of increasing the geographic spread of tourism.

Medical tourism, where people seek medical treatment in another country, is a fast-growing sector. Most medical tourists come to South Africa for cosmetic surgery, but the country’s skilled surgeons can also provide organ transplants; cardiac, orthopaedic and obesity surgery; and dentistry.

Rural tourism is a priority area for government. The departments of Tourism and Rural Development and Land Reform have developed strategic interventions.   To allow poor communities better access to revenues generated by the tourism market.