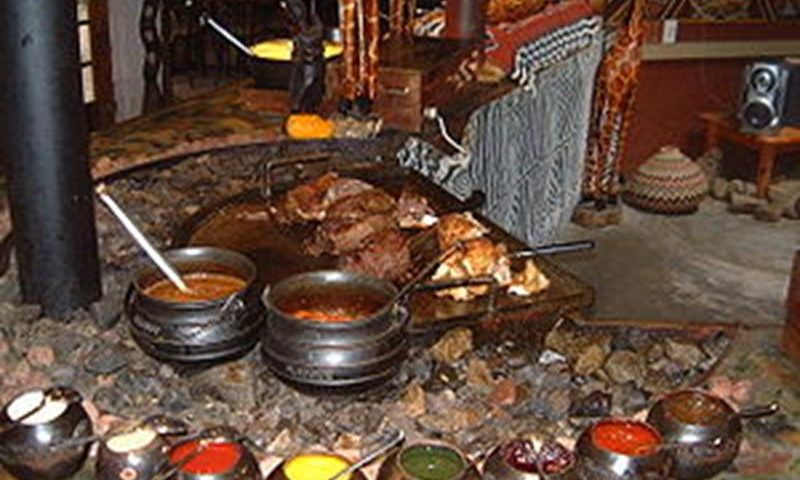 The largest group consisted of the Bantu-speakers.  Whose descendants today may identify themselves by various subgroup names such as Ndebele, Shona, Venda, Zulu, Xhosa, Swazi, Sotho, Tswana, Pedi, Shangaan and Tsonga. They arrived in the region around 2,000 years ago.  Bringing crop cultivation, animal husbandry, and iron toolmaking with them. Hence the Bantu-speakers grew grain crops extensively and raised cattle, sheep and goats. They also grew and continue to grow pumpkins, beans, and leafy greens as vegetables.

A smaller group were the primeval residents of the region, the Khoisan, who some archaeologists believe had lived in the region for at least 10,000 years. Many descendants of the Khoisan people have now been incorporated into the population of South Africa. The Khoisan originally were hunter-gatherers (who came to be known as “San” by the Bantu-speakers and as “bushmen” by Europeans). After the arrival of the Bantu-speakers, however, some Khoisan adopted the Bantu-speakers’ raising of cattle but did not grow crops. The Khoisan who raised cattle called themselves “Khoi-Khoi” and came to be known by Europeans as “Hottentots.”
Potjiekos is a traditional Afrikaner stew made with meat and vegetables and cooked over coals in cast-iron pots.

At Linksfontein Safari Lodge we love to make this dish for all our clients.  Especially if they hunted the meat themselves. This way they eat healthy, naturally fed game meat and they provide to the lodge and our CSR Project as well.

People were, in other words, defined to some extent by the kinds of food they ate. The Bantu-speakers ate dishes of grain, meat, milk and vegetables, as well as fermented grain and fermented milk products, while the Khoi-Khoi ate meat and milk, and the San hunted wild animals and gathered wild tubers and vegetables. In many ways, the daily food of Black South African families can be traced to the indigenous foods that their ancestors ate. The Khoisan ate roasted meat, and they also dried meat for later use.

The influence of their diet is reflected in the universal Southern African love of barbecue (generally called in South Africa by its Afrikaans name, a “braai”) and biltong (dried preserved meat). Traditional beer was ubiquitous in the southern African diet, and the fermentation added additional nutrients to the diet. It was a traditional obligation for any family to be able to offer a visitor copious amounts of beer. Beer brewing was done by women.  The status of a housewife in pre-colonial southern Africa depended significantly on her skill at brewing delicious beer.

A carton and glass of mageu is a traditional non-alcoholic drink. It’s  made from fermented mealie pap that is popular among many of the Nguni people.
Milk was historically one of the most important components of the southern African diet. Cattle were considered a man’s most important possession, and in order to marry, a man had to compensate his prospective in-laws with a gift of cattle as a dowry for his bride. A married man was expected to provide a generous supply of milk to his wife and children, along with meat whenever he slaughtered cattle, sheep or goats. Because there was no refrigeration, most milk was soured into a kind of yogurt.

The young men of the family often took care of the cattle far away from the villages at “cattle posts,” and they sent a steady stream of yogurt home on behalf of their fathers. Today, many Black South Africans enjoy drinking sour milk products that are sold in the supermarket, comparable to American buttermilk, yogurt and sour cream. On weekends they, like white South Africans, will have a “braai”, and the meal usually consists of “pap and vleis”, which is maize porridge and grilled meat.

The basic ingredients include seafood, meat products (including wild game), poultry, as well as grains, fresh fruits and vegetables.

Apples, grapes, mangoes, bananas and papayas.  There are some more western-style puddings, such as Malva Pudding reminiscent of Sticky toffee pudding.  It was inspired by both British cuisine and Dutch cuisine.

Meat and Fish products include:

Lamb, and game like venison, ostrich, and impala. The seafood includes crayfish, prawns, tuna, mussels, oysters, calamari, mackerel, and lobster. There are also several types of traditional and modern alcoholic beverages including many European-style beers.